As the year rolls to a close I like to take a look back at the projects I’ve worked on over the year. On the work front it has been a busy year which has been amplified by relocating from St Louis to Chicago.  Moving is such hard work but I am loving Chicago!

Websites have dominated the work load over the last 12 months but we have had a fair number of logo and branding projects too. 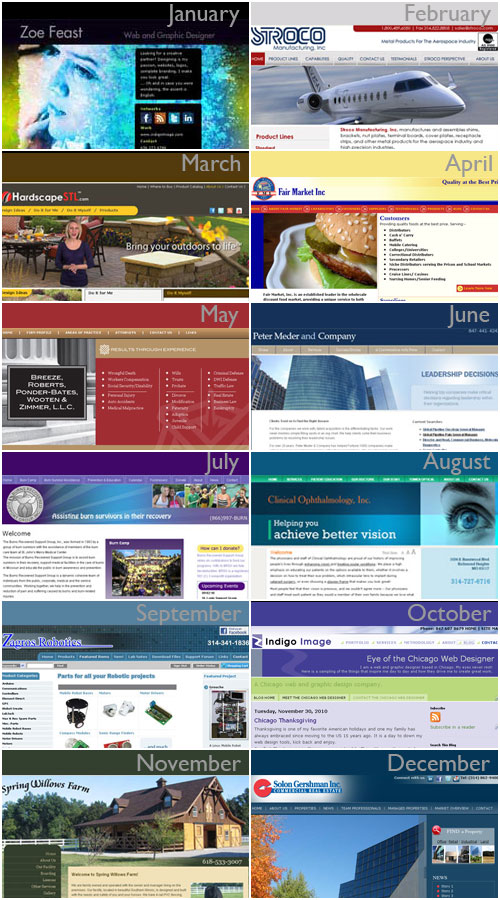